Every war has its heroes. Among them, there are those who suffered in captivity at the hands of their enemies, our Prisoner of War (POW) and those still missing in action  (MIA).With information taken from our National Park Service records, Prisoners of War during the Civil War are estimated to be 194,000 Union soldiers and 213,000 Confederate soldiers, more prisoners than any other conflict in the United States’ history.  There were less than a dozen American POWs during the Spanish-American War and approximately 4,120 from World War I, none that could be identified from Hillsborough County.

This one lonely statue represents all of these brave warriors who have made horrendous sacrifices in service to our county.  It represents our American fathers and mothers, sons and daughters, brother and sisters, and families. The bronze stars on the monument honor those POWs (Prisoners of War) and MIAs (Missing In Action) who entered the military as a resident of Hillsborough County.  A total of 104 of these warriors are accounted for, one star for each of them

The Bronze sculpture kneeling in captivity was created in the likeness of former POW Don Denny who passed away before the POW/MIA Memorial could be completed.  Don was one of the original memorial committee members, he was an avid veterans advocate, a member of numerous veterans organizations, spoke at many local schools and accrued over 10,000 volunteer hours at the former Bay Pines VA Medical Center. 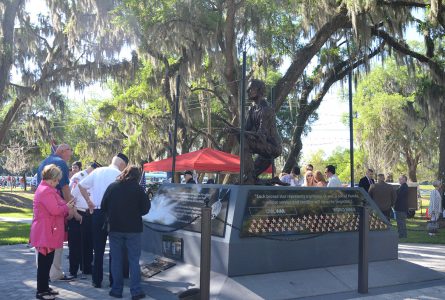 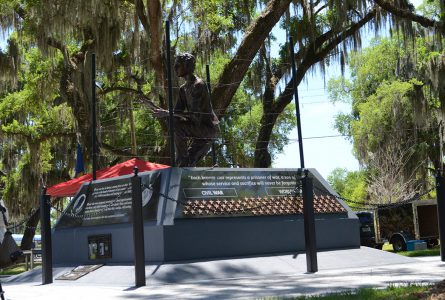 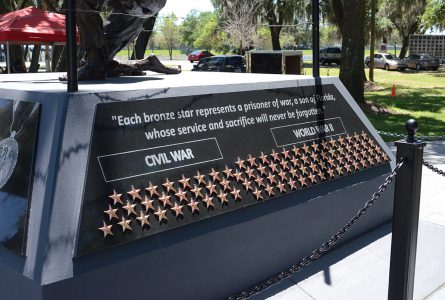 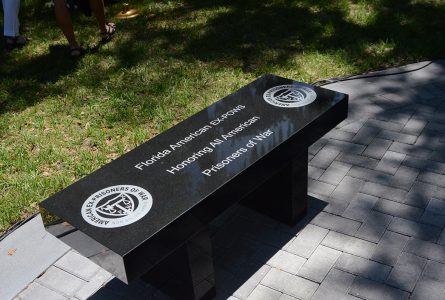