Dogs are not only a man’s best friend, but they are our heroes too.

The earliest use of K-9 dogs in a battle recorded in sources was against the Cimmerians around 600 BC. The brave animals have been used in warfare ever since. From ‘K-9 war dogs‘ trained in combat to their work as scouts, sentries, and trackers, their uses have been varied and some continue to exist in modern military usage.

PG is privileged to have helped our men and women in uniform, honor their best friends and heroes, in memorial parks across North America. Veterans Memorials and Veterans Memorial Parks, of more recent conflicts, are now recognizing these 4 legged military heroes more and more. From the September 11th attacks to an increased use of these dogs for National Security points of interest, these K-9 Sheppard’s definitely kept watch over their flocks.

Traditionally, as in World War II, US military working dogs (war dogs) were returned home after the war; to their former owners or new adopted ones. The Vietnam War was different in that US war dogs were designated as expendable equipment and were either euthanized or turned over to an allied army prior to the US departure from South Vietnam. Due to lobbying efforts by K-9 veteran dog handlers from the Vietnam War Congress approved a bill allowing veteran US military working dogs to be adopted after their military service. In 2000, President Bill Clinton signed a law that allowed these dogs to be adopted, making the Vietnam War the only American war in which US war dogs never came home.

We are pleased to honor the K-9 dogs with granite memorials in their effigy. You can choose among our materials and finishes to find the perfect fit for your K-9 dog memorial design! We design, build, ship, and install custom granite K-9 memorial monuments everywhere in the USA and Canada. 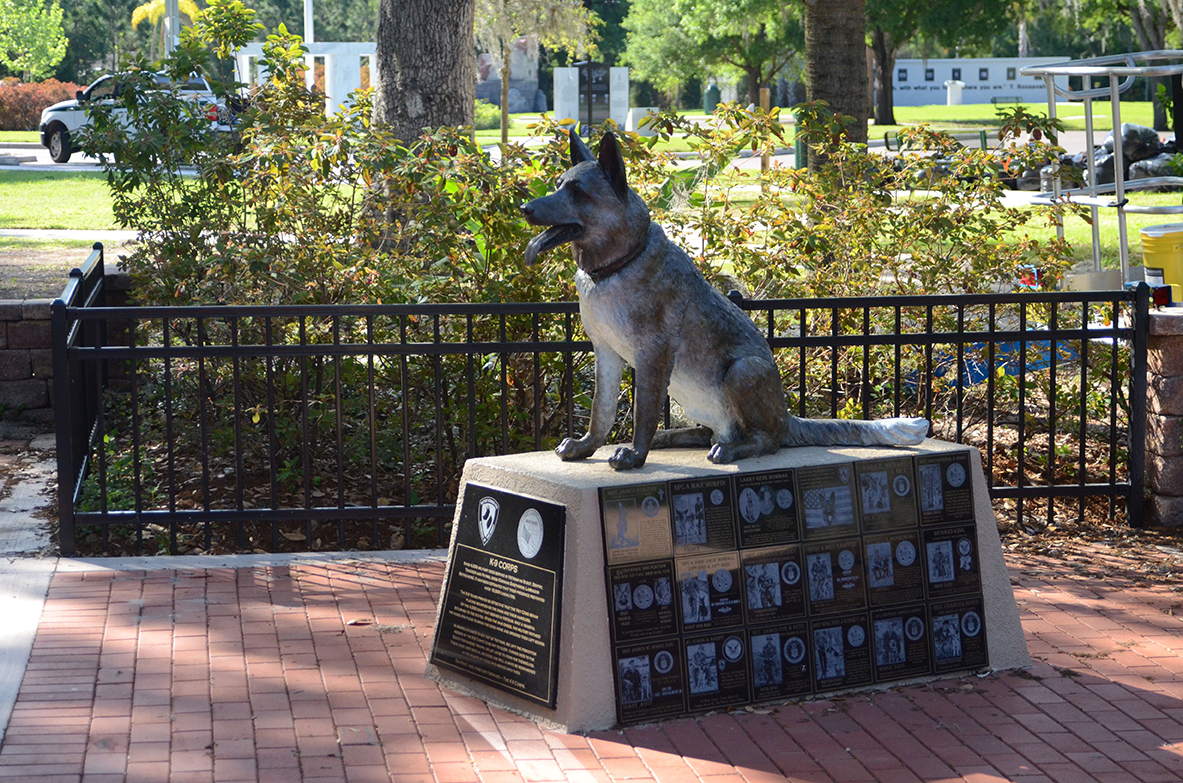 Picture This On Granite. © 2022 All rights reserved | Contact Us | Sitemap