Picture This On Granite was proud to provide its expertise and services for the WWII Granite Honor Roll Memorial Monument, in Freehold, NJ.

This honor roll is composed of 16 pieces of Black and Grey PG Certified Granite which are PGHD Laser Etched with the names of the 1385 men and women from Freehold who served in World War II. The other side of the tablet is PGHD laser etched with the famous photographic image of Marines raising the U.S. Flag on the island of Iwo Jima. The Top of the Memorial is a CNC water jet Cut PG Certified Black Granite tablet in the form of a Triangle.

The WWII granite memorial monument is located in Freehold, New Jersey (07728), at the triangle created at the intersection of Route 537 and Route 79.

A WII granite monument to remember the fallen heroes 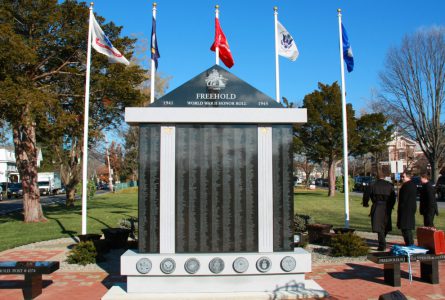 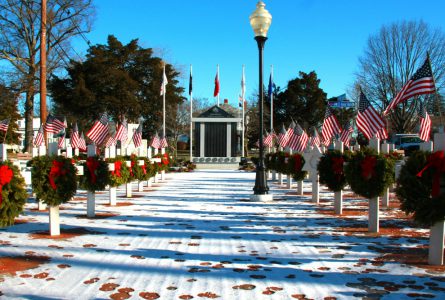 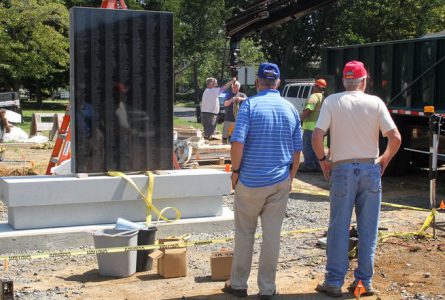 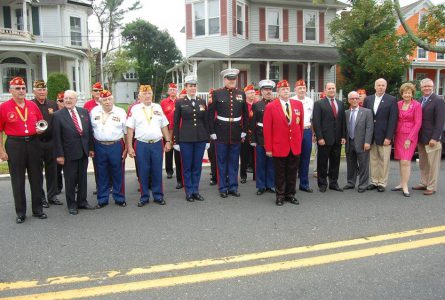 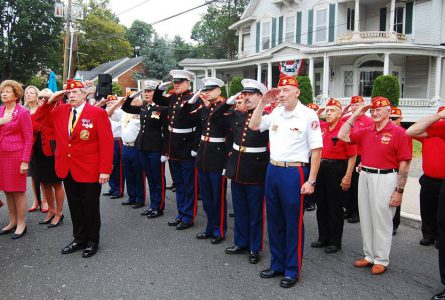 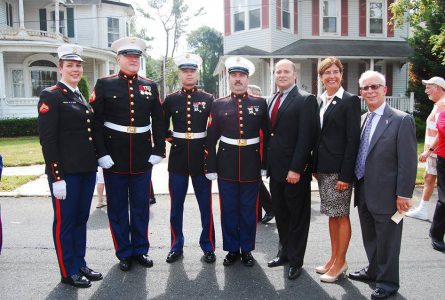 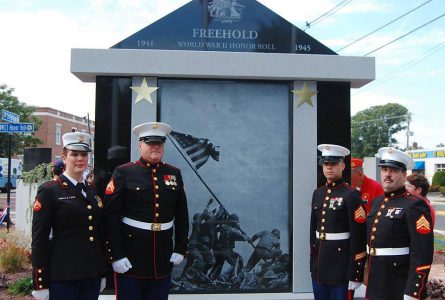 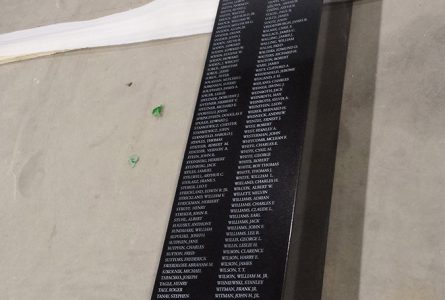 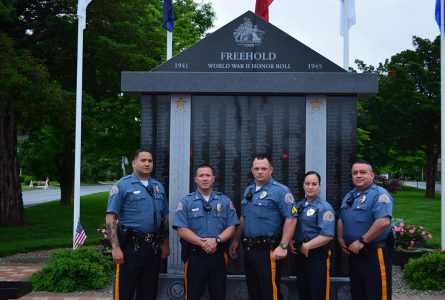 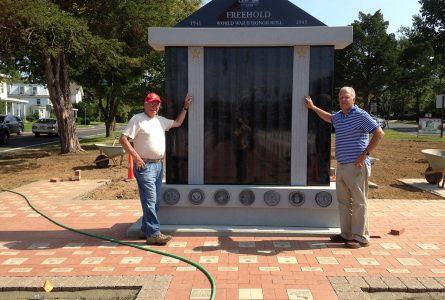 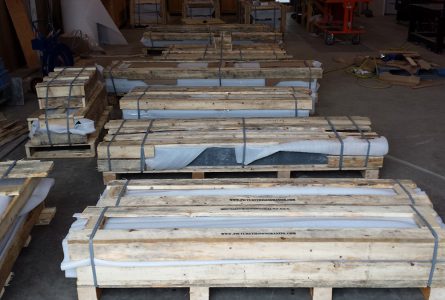 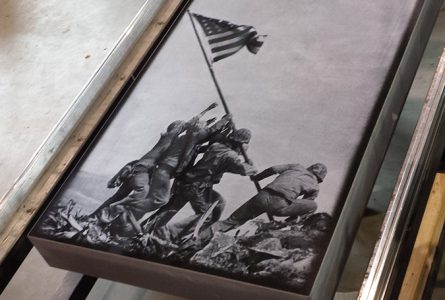 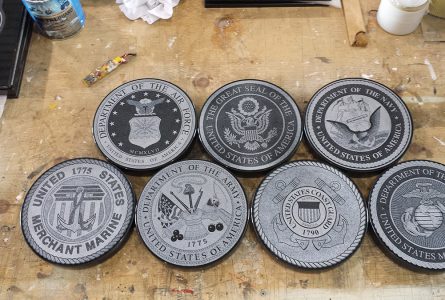 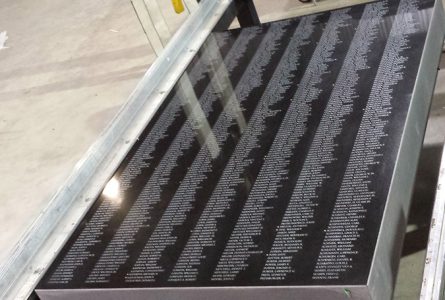