We were proud to provide our expertise and services for the Dr Martin Luther King Jr Foot Soldiers Civic Memorial Monument, in Annapolis, Maryland, USA.

The Dr. Martin Luther King Foot Soldiers Memorial is the first US Civic Memorial Monument dedicated to the 250,000 Foot Soldiers of the 1963 March – the ordinary citizens who risked the threat of personal harm to magnify the impact of the words of the civil rights leaders who spoke that day in Washington It was unveiled in Whitmore Park on August 28 2013, the 50th anniversary of the March in Washington. The names of more than 500foot soldiers are now engraved on the 2 ½ ton Solid Black Granite memorial monument built by Picture This On Granite.
The foot soldiers that are honored on the memorial come not only from Annapolis but from all over Maryland as well as other parts of the United States. These men and women played an important role in the passage of the Civil Rights Act of 1964 and the Voting Rights Act of 1965.

Our Process: Our process is different than sandblasting or other laser etching techniques. We specifically measure and control variables such as stone temperature and 16 other measurable variables to produce only the highest quality, laser-etched images. This is the PGHD® proprietary process. Specific parameters were laid out for the Foot Soldiers Memorial to ensure clarity and seamless looking installation.

Installation: Picture This On Granite: One of our experienced installers, Bernie Lajeunesse, arrived on site to install this 3 panel, Foot Soldiers Memorial, including base, supports and pinned holes, ensuring this memorial would be around for generation to come and enjoy

Unveiling date: August 28 2013, the 50th anniversary of the March in Washington 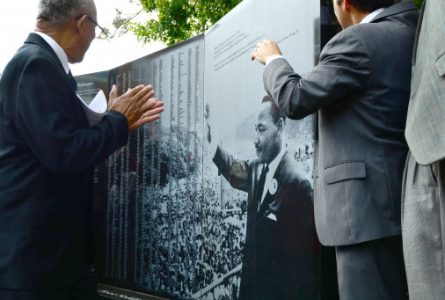 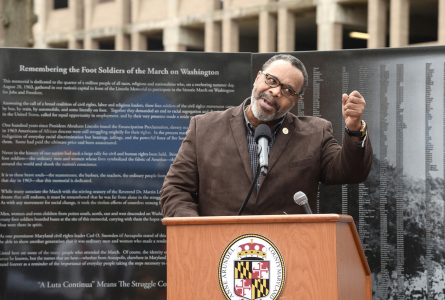 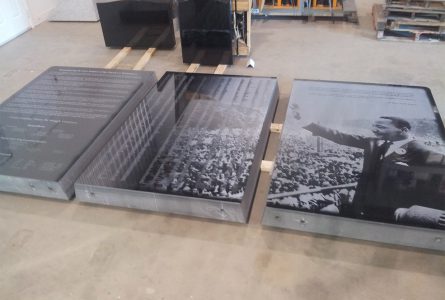 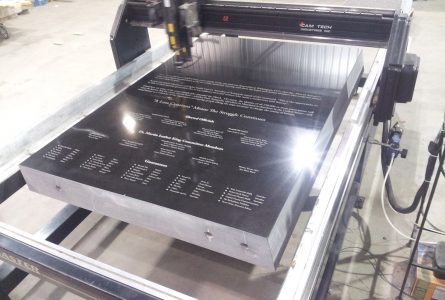 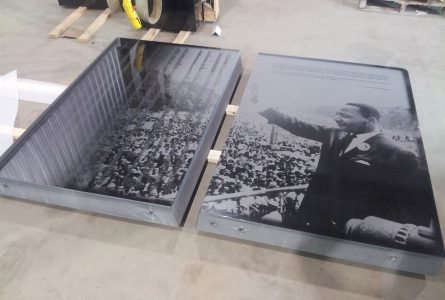 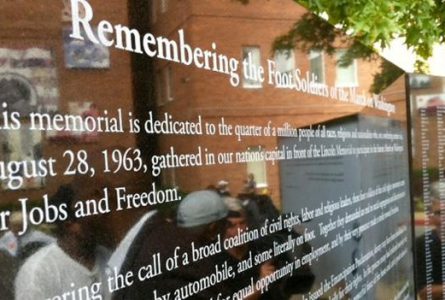 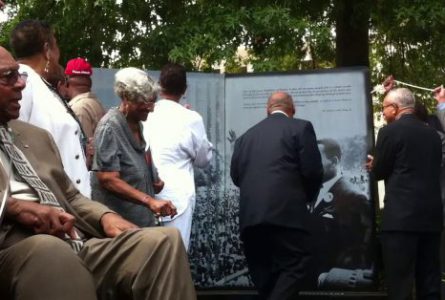 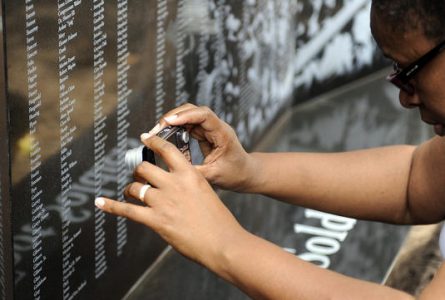 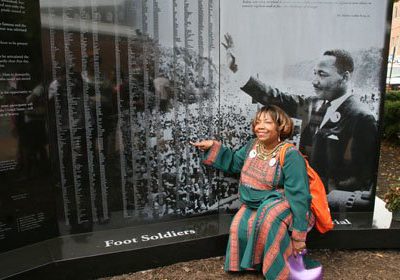 What our clients had to say

On behalf of the Dr. Martin Luther King, Jr. Committee, Inc., which created the first in the nation – the Civil Rights Foot Soldiers Memorial, we wish to express our profound appreciation to you and the staff of Picture This in Granite. Your willingness to work closely with the committee to bring this project on schedule and budget was greatly appreciated by the two local governments that was involved in this project. I want particularly acknowledge the professionalism of the staff, their willingness to answer every question and return every e-mail was only superseded by their attention to detail. We could not have been more pleased and would strongly recommend the company to others. Please count us among your most pleased clients!

Picture This On Granite. © 2021 All rights reserved | Contact Us | Sitemap